NYCCoin gives citizens and supporters the power to support, improve and program the city that never sleeps.
Get NYC

NewYorkCityCoin is the second CityCoin to launch, built to reward its holders through the Stacks Protocol.

NYCCoin supports NYC while rewarding holders through the Stacks Protocol.

CityCoins are powered by Stacks, a protocol that enables smart contracts on the Bitcoin network. 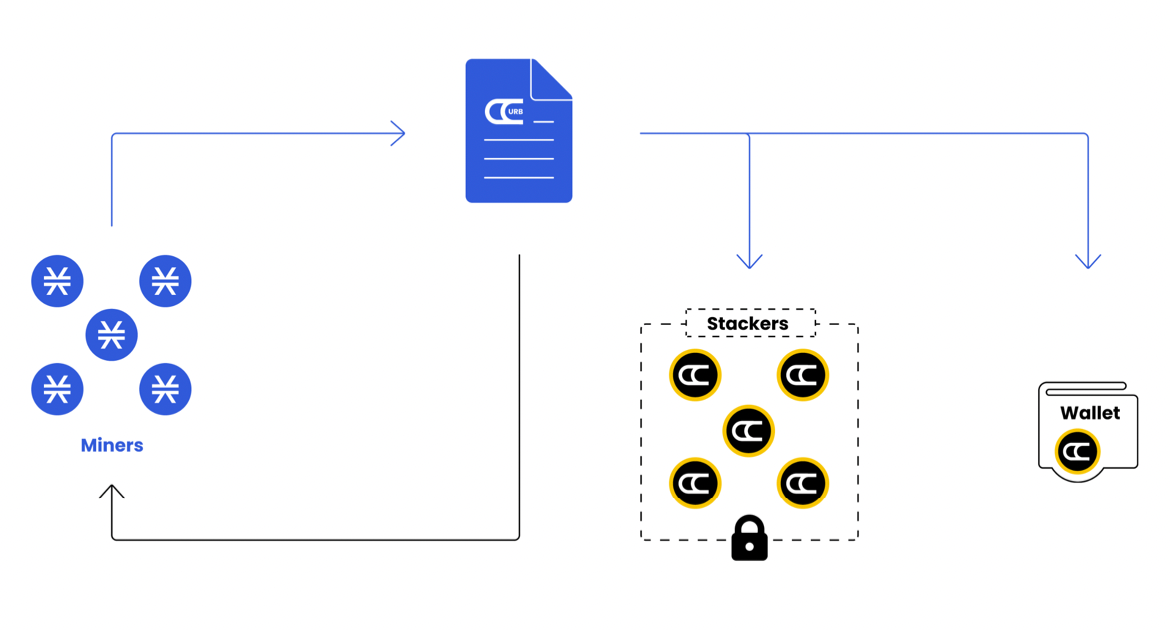 The community mines to create CityCoins

Mining CityCoins is performed by forwarding STX tokens into the smart contract in a given Stacks block, and is a one-way process. Miners are rewarded with new CityCoins tokens.

Stackers receive the STX spent to mine the CityCoins

70% of mining rewards are distributed to people who chose to stack their CityCoins (Stackers).

30% of mining rewards are sent (in STX) to a city's custodied reserve wallet.

The city can claim this and convert their STX to USD whenever they want.

NYCCoin is the second CityCoin

NewYorkCityCoin is a cryptocurrency powered by the Stacks Protocol, which enables smart contracts on Bitcoin.
‍
NewYorkCityCoin (NYCCoin) provides new ways for people to support New York City and grow its crypto treasury while earning Stacks (STX) and Bitcoin (BTC).
‍
NYCCoin can be mined or bought by anyone who wants to support New York City while earning crypto via the Stacks protocol. NYCCoin is also programmable, enabling builders to improve the city from their keyboard by using NYCCoin to build web3 apps, mint NFTs, or otherwise improve the city's digital infrastructure.

New York City is arguably the cultural, financial, and media capital of the world. Where New York City goes, the world follows.
‍
Over the past decade, New York City has emerged as a leading tech hub, and the city has done an incredible job at cementing itself as an innovation center. The city boasts both a brilliant workforce and the ability to attract talent from every corner of the world. This diverse labor pool, coupled with an abundance of venture capital for builders, provide a foundation for NYC’s future success.
‍
As a testament to New York City’s growing appeal as a burgeoning tech center, Amazon recently announced an office hub with 25,000 employees in the Long Island City neighborhood of Queens. Google and Apple are similarly following suit, and have both announced major operations in New York City. And while these developments are encouraging, it’s important that the technologies that take up an increasingly significant portion of people’s lives remain in the hands of the people. That’s why NYCCoin is designed to enable more active forms of participation for a broader range of city residents and community members.
‍
CityCoins is designed to leverage New York City’s energy, creativity, and entrepreneurial zeal for the city’s benefit. It will be exciting to see what New York City does with NYCCoin.

Has the city of New York partnered with CityCoins?

New York City has not partnered with CityCoins.

CityCoins like NYCCoin are grassroots initiatives. As communities grow around CityCoins, they can encourage their mayor to claim the reserved city treasury wallet and begin putting its funds to use.

When miners forward STX to earn NYCCoin, 30% will go to the wallet reserved for the city. New York City may decide to claim the wallet’s funds at any time.

What is the NYCCoin treasury? How can New York City use its treasury?

The NYCCoin treasury consists of STX, which is sent by miners when they forward the funds to a Stacks smart contract for the right to compete in a mining competition. Whenever STX is forwarded by miners, 30% makes its way into the city treasury.
‍
Whenever the city wishes, they may access their reserved STX inside the wallet. At that point, New York City may use its treasury for whatever it likes, and can stack those STX to earn BTC.

What can NYCCoin holders do with their coins?

Anyone can mine NYCCoin, program NYCCoin via smart contracts, and even earn BTC from the protocol as it gets more usage.
NYCCoin is a new way for developers to create applications and experiment with innovative use cases. Developers can create apps that use NYCCoin for access control (to digital or physical spaces), trading, lending, smart contract execution, and much more. For example, within two months of launching, a CityCoiner created a “Mint-with-MIA” feature for MiamiCoin. As a result, holders can now create or buy NFTs with their CityCoin.

How do you get NYCCoin?

NYCCoin mining begins on November 10th.
‍
Miners can compete to mine NYCCoin by forwarding STX to a Stacks smart contract, at which point the block winner will be chosen at random weighted by the amount of STX forwarded.

We recommend reading CityCoins mining registration and activation documentation to understand how mining works, and know what you need to do to prepare for mining activation.

Oops! Something went wrong while submitting the form...